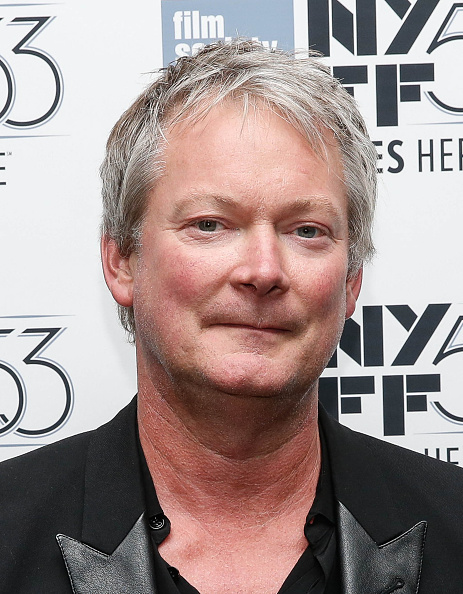 Back to the 70s With James Crump

Antonio Lopez dominated the fashion and beauty world during the 1970s. James Crump was only a little boy but still remembers Lopez’s huge contribution. This was an era that we will never get back. Crump creates the documentary Antonio Lopez 1970: Sex Fashion & Disco to take his viewers back to this era. Lopez’s extreme sex appeal is what made him stand out versus other designers.

ATM: What gravitated you to do a documentary on Antonio Lopez?

JC: I was drawn to him very early on as a teenager. I went to his archive after graduation. It was a sexy and fun time. I was very young in the

70s. I was not older enough to indulge at this moment. I was fascinated to learn more about Antonio. This was a period where anything was possible compared to today. This was a period of attainability. It was a moment of also freedom and creativity. He embraced individuality. He broke down classic notions of beauty and fashion. He looked at race, sexuality, and ethnicity. He discovered and collaborated with women and women of color. These were not usual beauties of this time. I wanted to shine a light on someone that is not widely known today. He should be better known. This documentary is important today because of exclusivity and diversity on the runway.

ATM: Describe how you look at individuality personally.

JC: I have a lot of definitions of this. Antonio’s view was character and not having to play by someone’s rules. It is about freedom and doing, however, one want. To dress and hang out with who one wants. This is about being held into classical notions of beauty, fashion, and history.

ATM: How did he merge fantasy into fashion?

JC: He was not compartmentalized. The practice of his illustration blends with his life. His needed to find sexual partners and was fueled by the people around him. This is where fashion blurs into reality. People have to look at pop culture at the time. The art that was produced during this time. It was about taking elements of every day such as storefronts, seeing people in the subway, or leather hats and putting them together. He loved to observe people. This is when fantasy comes into play. He took elements of every day to blend them with his practice of every day.

ATM: Do you believe he lived long enough to notice or see his impact on fashion in terms of fame?

JC: There was a sense of fulfillment for Antonio. He was trying everything to stay alive once noticing HIV. Everyone with HIV was trying to figure out how to survive or to outrun it. He felt there was a lot more to do and achieve. Antonio knew there were other things to accomplish. Fashion is changing. If Antonio were alive today, then he would be right at home. He was a part of a proto-social media. Antonio took the camera and turned it onto himself and also his entourage. He used motion picture cameras and 16mm camera to create a desirable documentation of what was happening. This is what’s happening right now with our devices and technologies. He was trying different ways to extend his life.

ATM: How would he have used Instagram to continue his platform with fashion?

JC: He was such a party animal and social being. He has to be in a world wind of social activity. Antonio would have taken pictures of his parties and used it as a board to share the things that turned him on.

JC: I was living with these materials for a long time. I started looking at the film materials in a fantasy way.  I was running musical tracks that came out of his collection. The materials seemed so accessible and rich for a time capsule. I have always wanted to produce a time capsule for the 70s. It is a bygone era that will never exist again. It was a very special time. It is the most diplomatic character of this period. It was a very open, creative, open, and free time. I want the viewer to be transported back.

Lopez was destined for stardom, but his life was cut short. Fashion and beauty were his utmost important themes. He blurred fantasy with fashion and became an influential part to pop culture. A lot of designers are inspired by his work. Antonio Lopez 1970: Sex Fashion & Disco is currently in the theaters.