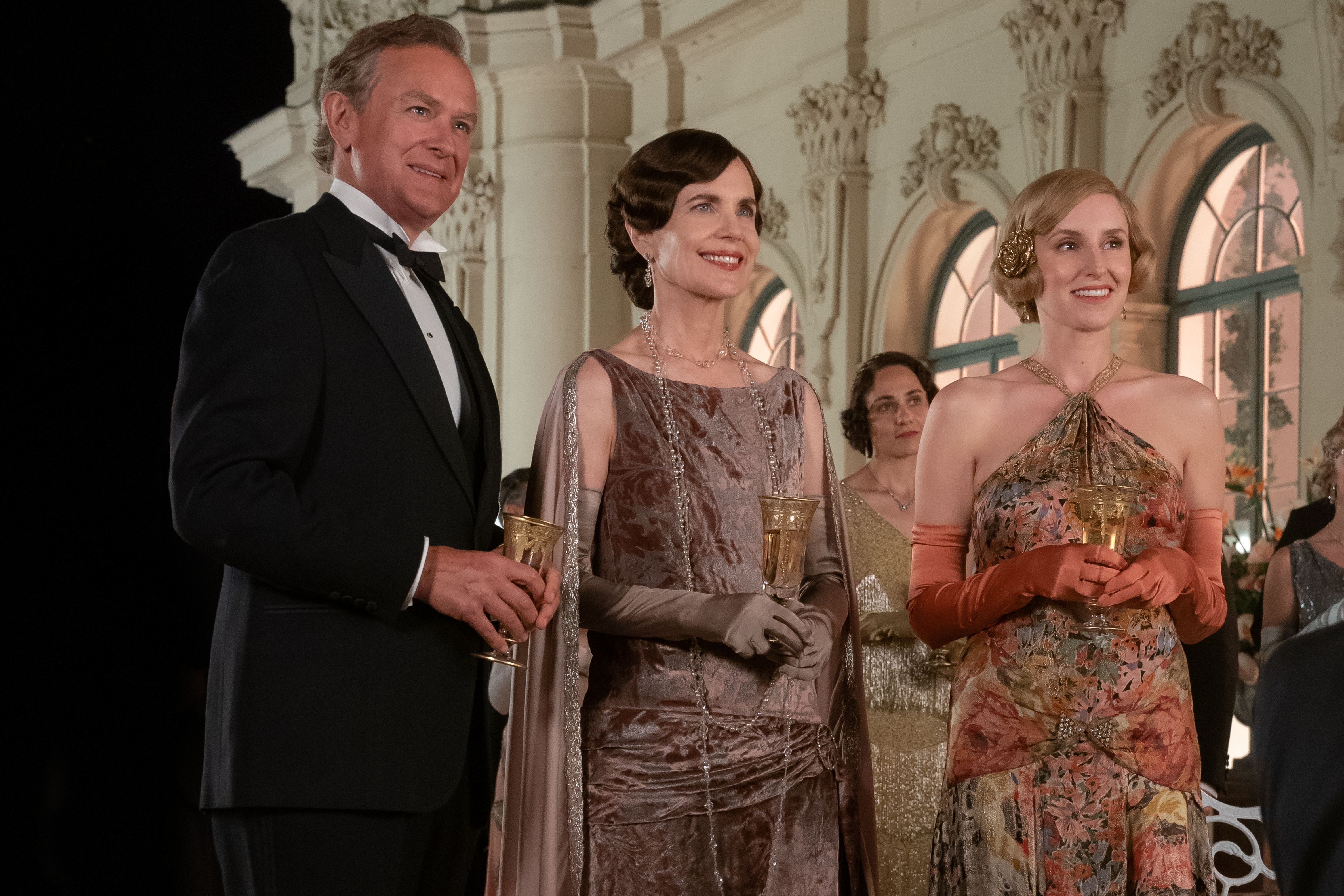 Movie Reviews on May 18, 2022 0Likes At The Movies
ShareTwitterFacebookInstagram

First things first, I’ve never seen any of the 52 episodes of the “Downton Abbey” series that took place over six seasons. I also have not seen the other feature-length film that was released in 2019. So how did I find myself sitting in a screening full of as many critics as seasons that the original series ran for? Simply put, my mother is an avid fan of the series and I wanted to participate in the junket in hopes of regaining her favor (the latter part of this sentence is a joke, in case she is reading this). But even as someone whose knowledge of the series goes no further than a 4-minute recap video sent in the screening invitation email—though I also recognized John Lunn’s iconic main theme—I think I was able to still watch “Downton Abbey: A New Era” without too much confusion. Sure, there are likely nuances and things I didn’t pick up on, but there is still a laundry list of things I did like, and did not like about this royal family drama where every conversation sounds like it’s fully of passive-aggressive daggers.

“Downton Abbey: A New Era” features two linear stories that divvy up the Crawley family. First, a film production wishes to film at the Crawley house, much to the dismay of many of the family members. That disdain that most of the family shares towards filmmaking is interesting, and as Robert Crawley (Hugh Bonneville) says, “actresses are plastered with makeup, and actors are…plastered.” The film is being directed by Jack Barber (Hugh Dancy) and stars Guy Dexter (Dominic West) and Myrna Dalgleish (Laura Haddock). Things don’t go as smoothly as scones with afternoon tea as the rise of “talkies” is on the horizon; forcing the team to go back to the drawing board amidst the silent film’s production.

The other storyline follows Robert Crawley as he and other family members check out a villa estate that is handed over to them. Their family history, more specifically Violet’s (Dame Maggie Smith), is put into question when a potential past relationship is uncovered.

Even as someone who hasn’t seen any of “Downton Abbey,” “A New Era” does a fine job of telling a story that is easy enough to follow. My sister is of the belief that every film, regardless of whether it’s connected to another film, should be able to tell a complete story. I couldn’t agree more, and this experience of watching “A New Era” blind is likely akin to watching “Doctor Strange in the Multiverse of Madness” without having seen “What If…?”; another experience I can speak to. I will say that one of the stories is far more gripping than the other, that being the film production. There were more layers than the second story, which mostly came down to the question of whether or not Violet had a summer fling 60 years prior. With the film production, there’s the conflict of “talkies” becoming the new wave and how silent film actors such as Dexter and Dalgleish respond. On top of all that, Lady Mary Talbot (Michelle Dockery) ends up in a similar situation to Violet when a potential new lover surfaces. She also ends up having to overdub for Dalgleish in a very “Singin’ in the Rain”-like manner, and I’m sure you could guess how an actress that is never criticized received that message. Dalgleish is a frustrating character to watch as the over-zealous and entitled actress that is in her own world and is eventually put in her place. The biggest lesson learned here is that maybe it’s best that you don’t meet your heroes.

Perhaps this is the case with the entirety of the “Downton Abbey” franchise, but what’s captured on-screen is usually astounding. The obvious highlight is the Highclere Castle, but the interior is just as enchanting. That said, can anyone tell me if the series uses a green screen? There is a scene that occurs outdoors relatively early on and the background looked so polished to the point that it didn’t look real. It’s entirely possible that the estate is simply surreal, but it just seemed a bit jarring. This isn’t a criticism (especially if it’s all real) per se, it’s more of an observation as an ignorant viewer.

Equally jarring are some of the editing choices. On more than one occasion, scenes are abruptly ended to jump to the next. It’s excusable here and there, but it becomes infuriating to watch after a couple of occurrences. The pacing feels uneven at times. The first act or so flies by, but then the two stories feel unequally balanced. Maybe that’s just due to the fact that one of the stories was far more interesting than the other resulting in my own mind wanting to just flip back over to the “talkie” sort of like how I want to skip Thor’s quest in “Infinity War.” But even when the film is wrapping up, it feels as though it could have ended in three separate spots. The emotionally gut punch at the end is a worthy ending but there is an attempt to quickly tie a bow on the other stories. It feels like an “oh crap!” realization where they didn’t want this film to run past the 2-hour 5-minute mark (and mercifully so) but also didn’t film resolutions to the main two stories.

Aside from some behind-the-camera issues, there is a questionable attempt to add an LGBTQ+ story. I can’t act like it wasn’t an attempt at the very least, so credit is deserved for trying, but I’d also be lying if I said it didn’t feel a tad forced. I won’t spoil what happens—though perhaps fans of the series won’t be surprised—it just is made clear that this was never meant to be front and center in the film, and perhaps that’s why it feels so wonky.

To be fair, for not being a fan or watcher of the “Downton Abbey” franchise, I did enjoy “A New Era” far more than I expected. After watching “A New Era,” it makes sense why this franchise has such a cult following, and the film makes me want to take another trip to the Highclere Castle. Unfortunately, on its own, the film has its fair share of issues, particularly in the editing and pacing, though Dame Maggie Smith and Michelle Dockery do their best to make it interesting with their standout performances. It sounds like a copout, but I’m sure a true fan of the “Downton Abbey” franchise would get a lot more out of “A New Era.” And as a film, it’s far from perfect unlike Highclere Castle.

Focus Features will release “Downton Abbey: A New Era” on May 20.