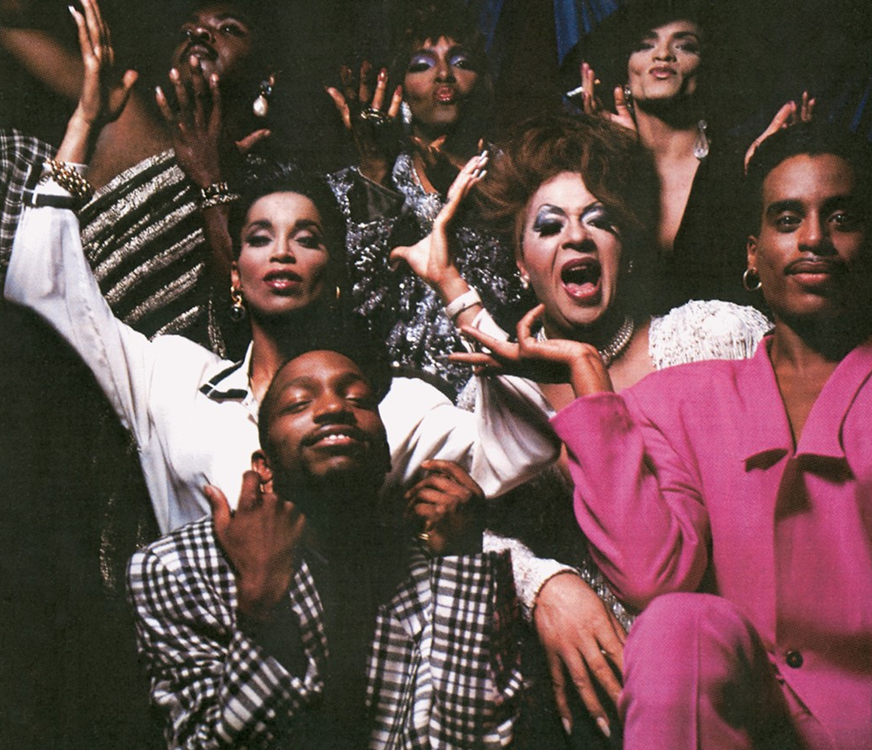 Movie Reviews, Spotlight on June 10, 2018 0Likes At The Movies
ShareTwitterFacebookInstagram

Contrary to popular belief, Madonna did not invent voguing with her 1990 smash hit “Vogue.” No, the origin of the dance style goes back decades before the queen of pop was even making music.

Voguing, the dance, has it origins in black Harlem in the 1860s when the Hamilton Lodge posed itself as a secret safe space for gay people to congregate and dance. These balls were illegal and extremely taboo, as sodomy laws made same-sex relations in the United States illegal until the seventies. To be out and proud in the 1800s was completely unheard of, so these ballroom celebrations had to be covert and kept a secret. When the Committee of Fourteen infiltrated the scene in 1916, they reported on their experiences as one filled with “phenomenal male perverts in expensive frocks and wigs looking like women” and insisted such debauchery should be halted and met with legal action.

To vogue is to create different angled shapes with your body and its limbs, replicating sharp, rapidly-evolving model poses you would see in fashion magazines like Vogue or Elle. Queer people flung to this flamboyant movement because of how expressive and extreme the craft itself can be. Voguing in public spaces like drag balls became a popular sport that challenged the stereotypical dynamics of gender and race, creating a new breed of underground entertainment. Ballroom culture developed to be a gathering of LGBTQIA+ individuals and their allies under one roof with a full range of freedom of expression. Through dancing, fashion, and drag, balls became a competitive sport much like a football game – or more so, cheerleading meet – and contestants were vying for prizes and sashes in different titles.

Even Talking Heads lead singer, David Byrne, was amazed by the playfully combative dancing he had seen after attending a ball in 1989. “I saw things I never saw before,” Byrne said.

And that’s where lesbian filmmaker Jennie Livingston and her 1990 documentary “Paris is Burning” comes in. Livingston recorded ball culture in New York City from the mid-to-late 1980s and interviewed many of the key members in the predominantly black and Latino scene. By keeping her documentary subjects close, she treats them as human beings and more than just a movie actor.

After New York City’s Stonewall Riots of the 60s, the ballroom scene had undergone a drastic change of liberation. No longer were participants posing as simple, pretty showgirls, now more complex categories were thrown into the mix. The categories and titles these queens were fighting for became more realistic and everyday, like school girl or business executive or even rich socialite. The newfound inclusivity in the 70s allowed many more participants to jump on board and truly express their feelings without restraint or need to conform to societal demands. Stereotypes were being subverted on the runway and the dancefloor was burning.

The language and slang of the scene might be complex to heterosexual non-participators, but that’s just the learning curve. A lot of said slang is described in Livingston’s “Paris is Burning” by the dancers and participators themselves. For example, “shade” is an art form based on backhanded compliments and poking fun at others while “reading” is to exaggerate one’s flaws in a witty fashion. A lot of the terminology has made its way into public consciousness in recent years through popular culture media like the television show “RuPaul’s Drag Race” and even the drama-fueled ferriswheel of the “Real Housewives” franchise. Heck, even the phrase “yas queen” has people thinking “Broad City” or Lady Gaga coined this ball term.

The beauty of this documentary begins with its innate ability to capture a precious moment in time amidst the AIDs epidemic, a precious moment in time in queer culture that had such a tremendous impact on the way gay people interact and are seen in the public eye. While underground balls are still a common occurrence, they are few and far in between, and even those popular scenes are a shell of their former when it comes to the legacy of yesteryear’s founders.

Under Livingston’s eye, the camera lens shines brightly on the gay people she interviews and interacts with on screen. There’s Dorian Corey, the wise drag mother who takes viewers on a journey of slang defining; Pepper LaBeija, the beautiful young trans Venus Xtravaganza; Willi Ninja, the famous founder of The House of Ninja and greatest vogue dancer of all time; and smart mouth Freddie Pendavis just to name a few.

The film also boasts an impressive soundtrack for such a low-budget, limited release, including a wide selection of R&B/Soul signature and late eighties house music from the Eurythmics, Patti Labelle, Aretha Franklin, Loose Joints, and Cheryl Lynn.

It’s a time capsule of sorts. Maybe that’s why the Library of Congress included it in the United States National Film Registry as being “culturally, historically, or aesthetically significant.”

“You’ve made a mark on the world if you just get through it and a few people remember your name. If you shoot an arrow and it goes high… hooray for you,” says drag queen Dorian Corey in the film.

28 years after its release, this documentary remains not only a staple of queer cinema, but also as important as ever. The film’s positive portrayal of people of color and the transgender community is a level of acceptance not found in today’s media, let alone political climate. Unapologetic yet glamorous, confrontational yet spirited, “Paris is Burning” finds its subjects eternally preserved on film within the boisterous ballroom scene it depicts.

It seems even decades after its debut, Paris is still burning strong in the hearts and souls of gay people everywhere.

For a more in-depth guide of terminology and cast information, visit this article by OUT Magazine.