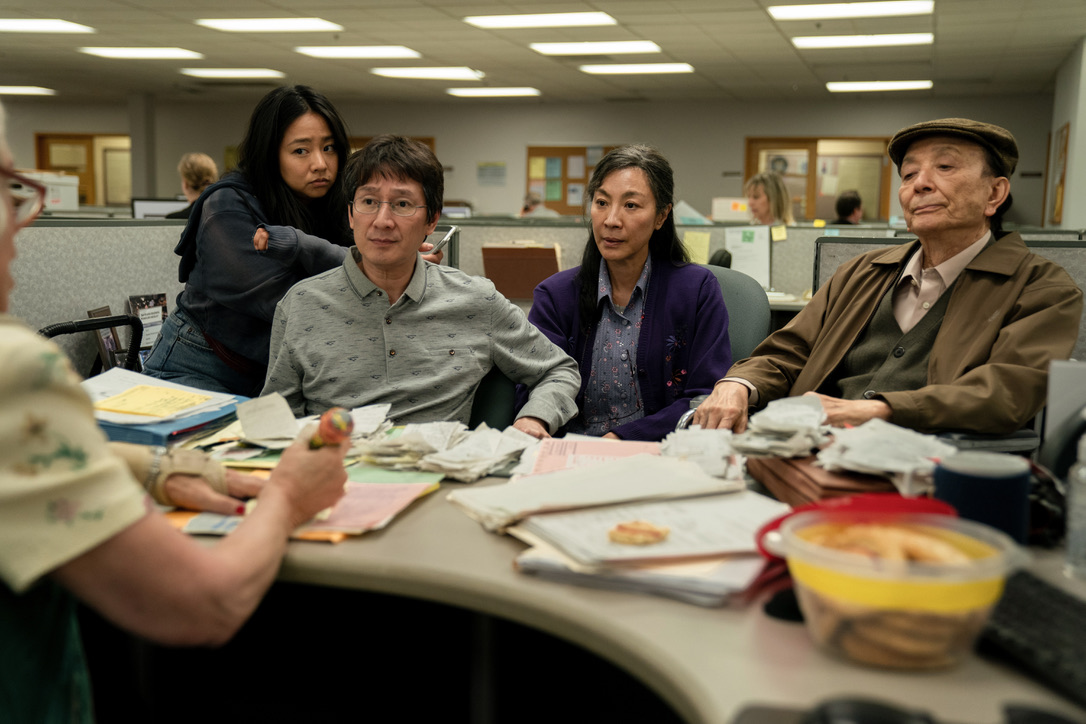 Entertainment News on May 23, 2022 0Likes At The Movies
ShareTwitterFacebookInstagram

A24’s “Everything Everywhere All at Once” has officially become the highest-grossing film in the company’s history. The multiverse film has now grossed $52,263,484 in nine weeks after grossing $3,940,000 (-5.5%) this past weekend.

The other multiverse film out, “Doctor Strange in the Multiverse of Madness,” grossed another $31.6 million (-48.8%) in its third weekend. While still trailing “The Batman” in terms of domestic grosses — “The Batman” has about $27 million on “Multiverse of Madness” — the latest MCU movie just surpassed the former in the worldwide rankings and has become the highest-grossing film of 2022 with $803 million worldwide.

This week’s new releases consisted of “Downton Abbey: A New Era,” a continuation of the popular British series and sequel to the 2019 film, and Alex Garland’s (“Ex Machina,” “Annihilation”) third film, “Men,” released by A24. While “A New Era’s” debut of $16,020,000) is almost half of its predecessors’ domestic opening ($31,033,665), it was still good enough to finish second at the box office this week. “A New Era” has also been open in some markets as early as nearly a month ago in some cases and has raked in another $35,681,000 in international territories, with the United Kingdom (unsurprisingly) being the biggest market, accounting for $12,894,992 of that.

Next week brings two big releases: “Top Gun: Maverick” and “The Bob’s Burgers Movie,” which pits Tom Cruise against the franchise he almost joined way back in 2007.